The Most Red Sox Thing Ever

It seems like only the Red Sox could suffer a crushing loss via a walk-off grand slam, and then go have a champagne celebration in the locker room over winning the division.

I’m not condemning the celebration, they won the A.L. East (Thanks, Buck Showalter!) and deserve to celebrate that accomplishment, but it doesn’t make the whole night any less weird.

This Red Sox team is going to be interesting in the postseason. I honestly have no idea what to expect. There are questions about the ace, closer and manager – three pretty important areas. The lineup seems to score either 10 runs or 1.

NESN was supposed to air their second David Ortiz special last night, but because of the coverage of the clinching celebration, the special will air tonight, following the Red Sox/Yankees game. (Around 10pm)

The David Ortiz Era presented by Foxwoods Resort Casino is a one-hour documentary-style feature that tells the story of how Big Papi went from signing with Boston as an unheralded free agent to winning three World Series titles with the Red Sox.

Ortiz is everywhere in the final days of his career, there was his piece on the Players Tribune this week – Thanks for the Memories, New York and Sports Illustrated is devoting a large chunk of its magazine to the Red Sox slugger, as well. Here is the regional cover: 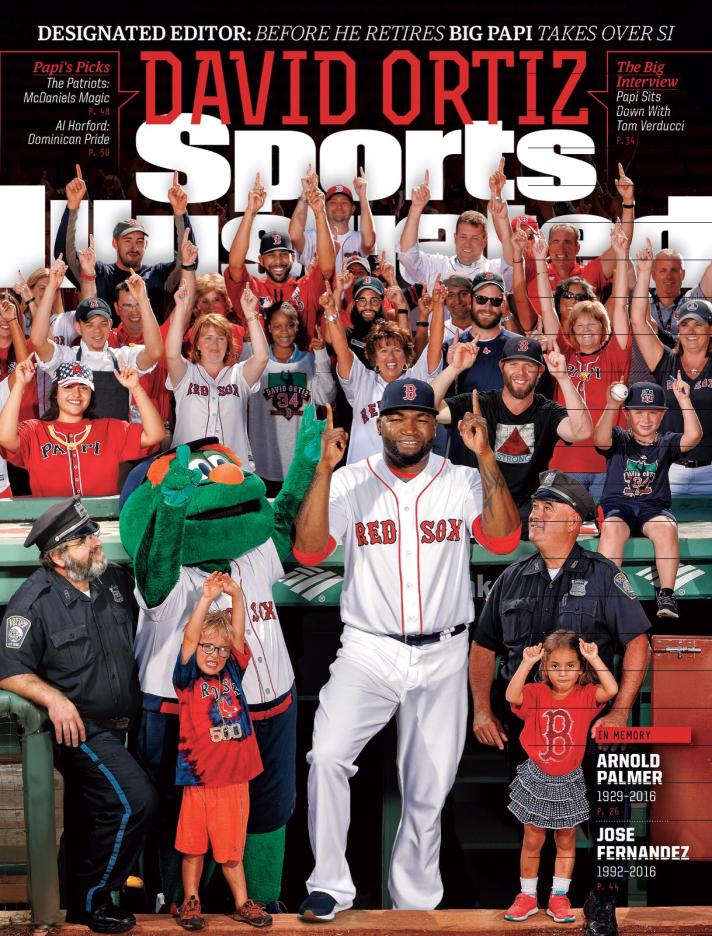 (Arnold Palmer is on the national cover)

Sports Hub is tops in latest radio ratings – The beat goes on.

Tanguay storms off WEEI morning show over needling – WEEI on the other hand, is resorting to wacky staged stunts in order to try and get attention.

11 thoughts on “The Most Red Sox Thing Ever”